By Bin Jiang and Warren Lo.

The rehabilitation center at Stanford Children’s Health is home to pediatric patients who have suffered a pediatric arterial ischemic stroke (AIS). Their prolonged rehabilitation process and their determined mindset has left deep impressions on many. As a neuroradiologist, I had the opportunity to be involved in the central reading of the Vascular effects of Infection in Pediatric Stroke (VIPS) neuroimaging dataset. Whenever the newly enrolled pediatric patients’ data were available, the large infarct with involvement of multiple eloquent areas in young brains has taken an emotional toll on the reviewers; knowing that the children will be exposed to an unprecedented future. However, I noticed the variability of final infarct volume and outcome can be seen in this cohort which piqued my interest in analyzing the potential predictive value of imaging variables. Robust early predictors of outcome would be extremely helpful in counseling families and developing evidence-based neuroprotection strategies.

Due to the complexity of the outcome in pediatric AIS, many efforts have been conducted to uncover the potential role of clinical and imaging variables in outcome prediction. The infarct volume, age at onset, hemorrhagic transformation, social-economic status, underlying disorders, post-stroke epilepsy and treatment approaches have been discussed in previously published articles.   We were motivated to perform a secondary analysis of the VIPS dataset to assess the potential relationship between imaging characteristics and outcome. VIPS was at the time the largest, prospectively collected pediatric stroke dataset with central review of all the brain images, as well as one-year outcomes.

In our initial analysis, we found that infarction involving certain locations: The insular ribbon represented a risk factor, but only before the age of 2. The uncinate fasciculus, and angular gyrus serve important functions in connecting or receiving input from other regions. The angular gyrus is a key structure of the Default Mode Network (DMN), a large-scale network of brain regions showing highly correlated levels of functional activity characterized by high levels of “hubness.” Functional recovery after acquired brain injury depends in part on the ability to restore functional connectivity despite disrupted structural connectivity (i.e., re-routing of functional activity via alternate anatomical pathways) and hub integrity is essential to this. The arcuate fasciculus (connecting Broca and Wernicke areas) is traditionally associated with aphasia, the uncinate fasciculus (connecting limbic system structures in the temporal lobe to orbito-frontal cortex) in the dominant hemisphere has also been implicated in the “ventral stream” language network. Uncinate fasciculus disruption in early childhood has been associated with a range of developmental disorders.

However, when these locations were adjusted for infarct volume, they were no longer significantly associated with outcome. We tested the correlation of infarct volume with outcome and concluded that a larger infarct volume at the time stroke onset were significantly associated with poorer outcomes, however with modest odds ratios. Our results generate the intriguing hypothesis that it may not just be infarct volume, but rather what networks are impaired. So, are we ready to look at an MRI and make a prediction about how a child will do? Yes, but only to a limited degree. In children there are other factors, perhaps network connections, that are likely to influence outcomes.

Bin Jiang, MD, Ph.D, is a research scientist at Neuroradiology department, Stanford University School of Medicine. Her research direction is medical imaging in pediatric and adult stroke and traumatic brain injuries.  She is also interested in the application of machine learning augmented lesion detection, classification, and prognostication. 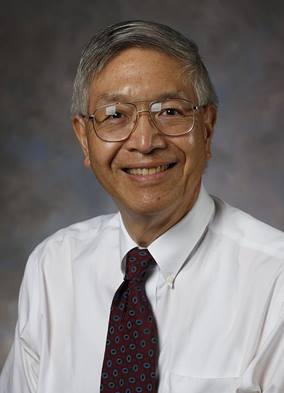 Warren Lo, MD, is a pediatric neurologist at The Ohio State University and Nationwide Children’s Hospital. He has been a member of the International Pediatric Stroke Study (IPSS) since 2006.